Dear Yves,
I read this just this morning and thought you might be interested in it also.
Judi


NEIL REYNOLDS, Columnist, Globe and Mail February 7, 2007 - OTTAWA ­ When Canadians identify warmer winters as their No. 1 public policy concern, you know you are living in pretty good times. Yet there you are. From sea to sea, Canadians are purportedly demanding that the federal government do something to keep the country as cold as it was in the good old days -- defined 90 years ago by Bob Edwards, the legendary Alberta publisher, as cold that freezes spit before it hits the ground. Strange indeed. Nevertheless, this is a democracy and the government must take note of the public's most inexplicable instructions. What to do? The most prudent thing to do, and the most urgent, is the building of a Canadian naval Arctic fleet. Globe columnist Margaret Wente wrote on this polar aspect of global warming last week on the op-ed page and concluded, quite rightly, that climate change might come down, for , to the Northwest Passage. The problem is that we don't have much time to act. The U.S. Navy anticipates that the Northwest Passage will be open to conventional shipping "for at least one month each summer" by 2011 -- a mere four years away. The U.S. Arctic Research Commission anticipates that the passage will provide "entirely ice-free summer seasons" by 2050. The thing to remember is this: Thaw this passage and ships will come. An ice-free Northwest Passage cuts the shipping distance between Asia and Europe by 5,000 kilometres -- hugely reducing greenhouse gas emissions and, for this transoceanic assignment, making the Panama Canal irrelevant. 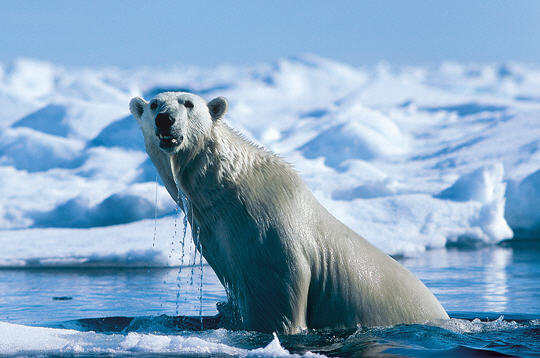